In 2022, Tennis is a sport like no other. In this time of the world championship tournament in Paris, you have been assigned your first big task – to create new player 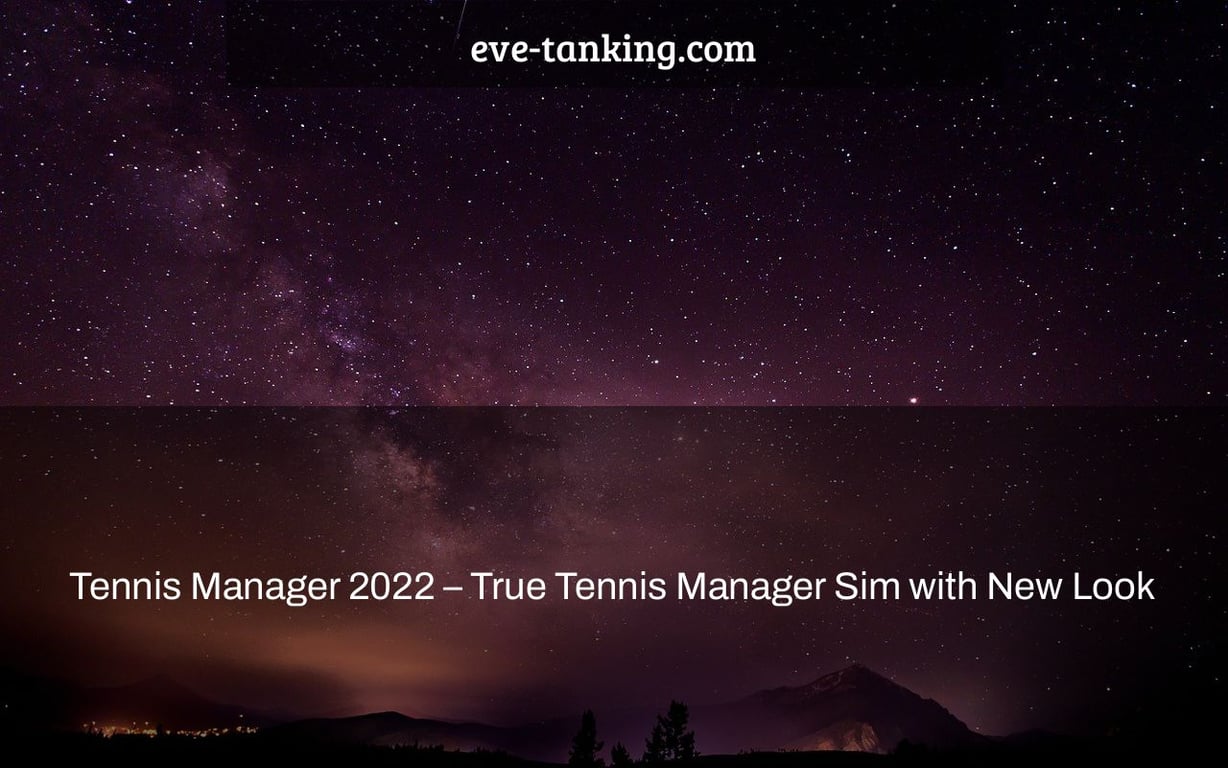 Tennis Manager 2022 is the second title from Rebound CG to return to the brand after Tennis Manager 2021, with a new, fresh style and a slew of new features. Because I’ve never played the prior game in the series, the current installment is a first-for-me experience, as you’ll see in my PC review of Tennis Manager 2022. Fans had conflicting responses to the game before it was even released, with some saying it was just like the last game, while others were thrilled about the additional features that would be given.

Before you take on the role of tennis manager in charge of your own academy, you must first create a character. You also have the freedom to pick your strengths, the areas you excel in, your degree of expertise, and the school you want to join, all of which provide various obstacles. Only after completing these initial few stages will you be taken to the game’s main interface, where you will find enough of information to consume at first, but nothing too tough to comprehend owing to the tutorials.

As a manager, you’ll learn about all of your players, their current stats and actions, as well as your academy staff, who will assist you in managing other players. It’s worth noting that I elected to manage an existing school, which allowed me to avoid the steps of building your own academy from scratch, selecting your key player, and customizing the academy. This feature, I assumed, would be the first choice of seasoned players or players who have a thorough grasp of how to manage a tennis school and the freedom to create anything they want.

The primary interface begins with your mailbox, where you are welcomed into the academy and instructed on what to anticipate and what the school wants from you in return. There are other sections to monitor your Team, Staff, Academy, and a search bar to find new players for the academy on the main screen or menu. The mail inbox is likewise well-designed, filtering out emails that are urgent or must be responded to right once, while emphasizing other emails by genre.

Each day of the game advances with you checking on your players, assigning training and future competitions according on your players’ standings, and creating game plans and objectives for each player. This is the most crucial phase since it will decide each of your players’ status, which will effect their traits and statistics as the season progresses.

The live matches that you will be viewing in tournaments will be the highlight of the game for newbies. You may adjust tactics, inspire them, and chat to them after each set to affect them, much like a real-life manager who accompanies a player in a match. It will be crucial to have strong knowledge and the ability to interpret the situation, as it will have a beneficial or bad influence on the player’s mental and physical abilities.

The more you play, the more predictable the live matches get, which may grow tedious over the course of a tournament, particularly if you can guess your player’s next move and Conclusion. Given my limited understanding of the game plans and what would work best for the player in the present circumstances, the mid-game tactical alterations were a little perplexing. And, despite the fact that the first match ended in a victory, I had no idea what strategy had led to it.

Your performance will be judged by how delighted the directors are, or by whispers of inexperience that will circulate as the days at the academy progress. This became a problem for me, but it was easily remedied when I recognized I wasn’t providing my athletes with the necessary personnel, equipment, and training to help them improve their shape. I would have lost my top player in the academy if it hadn’t been for my in-game assistant pointing me where I was messing up.

Running and maintaining your academy is just one component of the game; it also adds a new degree of infrastructure construction to your requirements. Your school may be updated to include a variety of courts, including grass, clay, hard, and even indoor surfaces. Purchasing pricey courts may be avoided as initially, but they become necessary when your athletes demand more instruction and therapy. The upgrades are not only limited to courts, but you can also have medical centers, a youth and scouting center, and a business center. The improvements are also reasonably priced, especially given that you begin with a substantial sum of money.

The new contract management and negotiating system are other noteworthy features. This adds a degree of realism to the management sim, allowing you to see how a potential player admittance might fit into your school, what qualities they could have that could be useful, and how long of a contract you’re looking for. The other element is the player and press interviews, which are quite standard and nothing unusual in a game. The interviews, on the other hand, are important in your school since they influence your player’s thinking and how the board perceives you.

Tennis Manager 2022 isn’t for everyone, and I say that because it appeals to a tiny group of people that want in-depth management simulator games. Having said that, the game does not fall short of expectations in terms of how it should be played and how it represents the function of a high-level tennis manager. It also reveals what goes on behind the scenes in the life of a tennis player, as well as how the whole team contributes to their success or failure. The game’s primary UI and match action are wonderful touches that get you closer to the actual experience, while the manager’s responsibilities and expectations will give you a realistic picture of what a real-life tennis manager goes through. Tennis Manager 2022 is now available on PC through Steam, and if you haven’t tried the prior game, you should.