Developing a weapon requires time and resources, but you may be able to speed up the process with Iron Banner. We’ll show you how to forge this perfect shotgun in Destiny 2’s Iron Banner for your favorite Guardian.

If you are looking to start the Forging Iron quest in Destiny 2’s Iron Banner, then all you have to do is head over to the Tower. There, go into the Gunsmith and talk to Failsafe. She will send you on a mission that will lead you right to this quest. 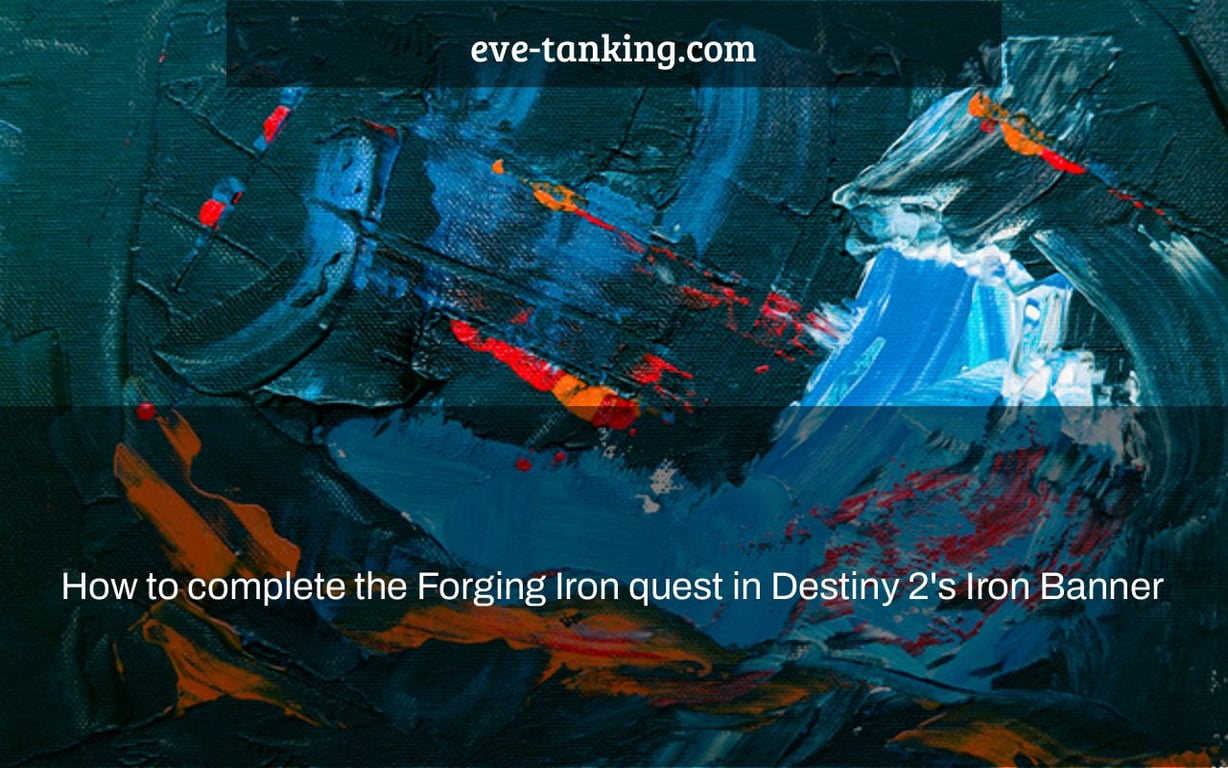 Season of the Haunted, Destiny 2’s 17th season, included a brand-new dungeon, a new Solar 3.0 subclass revamp, and a revised Iron Banner. Iron Banner is a pinnacle PVP event featuring one-of-a-kind armor and weaponry. This season, various modifications have been made to Iron Banner, including a brand-new introductory Iron Banner quest line. This tutorial will walk you through the process of completing the new Forging Iron PVP quest.

Players will be met with a large Iron Banner display front and center while entering the Tower, where Eva Levante roams during themed holiday events. Iron Banner has been completely rebuilt. Every new Destiny 2 player, including returning veterans, will get a new Iron Banner questline. This quest will take you through the new Iron Banner loop, which allows you to play matches and earn precious armor and formidable weapons. There are six unique stages to this quest.

Steps in the Forging of Iron Quest

Select the Iron Banner node from the Crucible playlist and complete the match. Rift is a brand-new mode in Iron Banner. This is a Destiny mode that pits two teams of six against each other in order to score by escorting a Rift into the opponent’s base. The first team reach five points wins, but whether you win or lose, make sure you complete the game and go on to the next level.

Step 2: Participate in a daily challenge.

Iron Banner has been reworked with a new reputation-based system, similar to the previous season’s Vanguard and Crucible reworks. Lord Saladin no longer gives numerous weekly bounties under the new arrangement. Instead, each day will provide a new Iron Banner challenge. Highlight the Iron Banner node in the director to view the daily challenge. Complete three Iron Banner bouts as the first daily challenge.

You must gain 300 Iron Banner ranking points to complete this task. Wear Iron Banner-themed armor and insignia to raise the amount of reputation rank you earn every match and earn these points faster.

Return to the Tower and approach Lord Saladin if you’ve accomplished the previous quest tasks. Iron engrams will be ready for you to take. You may now direct these engrams into particular Iron Banner items thanks to the revised reputation system. Bring the engram to Rahool and decode it like any other engram if you don’t want to concentrate it.

Step 5: Play all of your matches while wearing the Iron Banner armor.

Wearing many sets of armor will speed up this stage, similar to the previous ranking point quest step. Return to the Tower for the last quest stage after completing matches until the percentage hits 100.

Return to Lord Saladin and talk with him to complete the last part of the Forging Iron quest. After you’ve completed this task, you may play Iron Banner, collect engrams, and complete the reputation bar to unlock a variety of strong upgrades and Iron Banner-themed weaponry.

The “iron banner quest rewards season 15” is a quest in Destiny 2’s Iron Banner that requires players to complete three rounds of the event. It is one of the most difficult quests in the game, and it will reward players with powerful weapons and armor.

Wizard Build While Leveling Up Guide